Today marks the start of rail services from iPort Doncaster, the latest Strategic Rail Freight Interchange (SRFI) to join the select group of hubs in Great Britain. Our involvement with the iPort project stretches back to 2005, when we were asked by the original developer Helioslough (now Verdion) to undertake an initial view of the site, situated adjacent to Rossington Colliery which finally closed in 2007.

Working with an expanding multi-disciplinary team, we assisted with the initial design of the on-site rail layout and intermodal terminal, culminating in a planning application submitted to Doncaster Metropolitan Borough Council in 2009. A positive and holistic response by the Council led to planning consent being secured in August 2011, for construction of 562,000 square metres (6 million sq ft) of modern distribution buildings, linked to an on-site intermodal terminal.

We continued to assist with the early implementation of the project, with further refinement of the intermodal terminal layout and engagement with Network Rail on the programme of works needed to install a new main line connection. 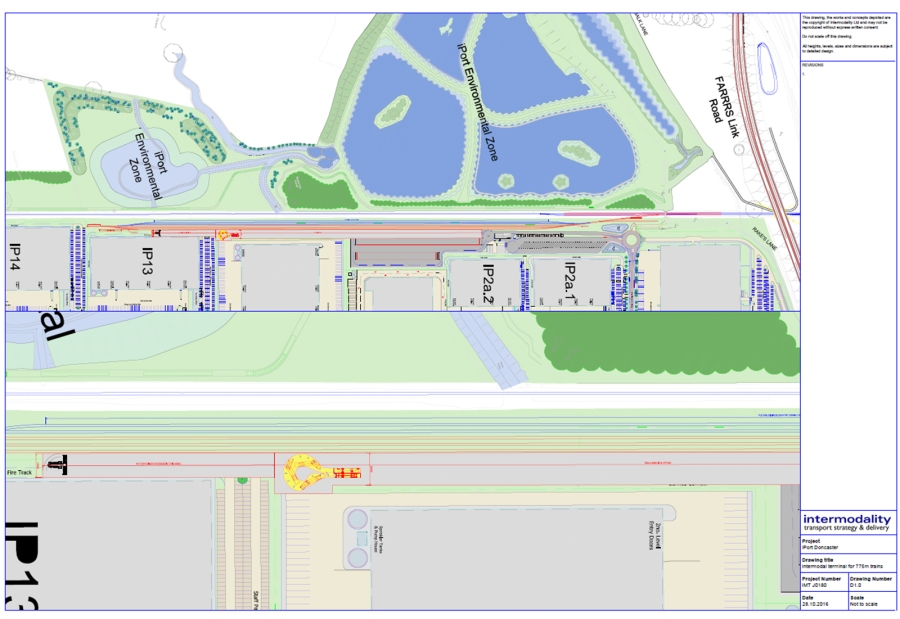 Early progress with the site led to 156,000 square metres being constructed and occupied ahead of the intermodal terminal being completed in February 2018, helping build up freight activity on site ahead of the first rail services, which have now started just 7 months later. Further information is available from iPort Rail.

View all posts by Nick Gallop